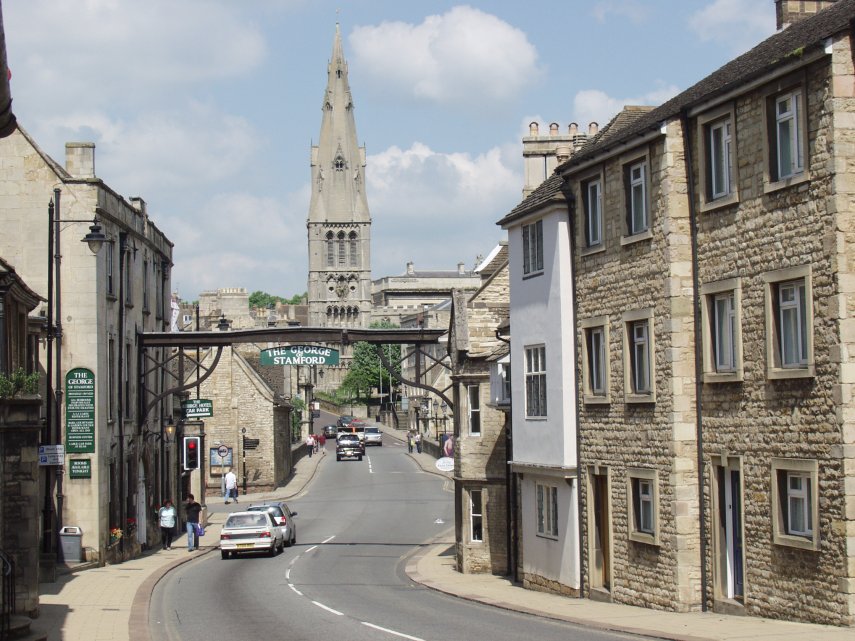 This area of Stamford, south of the river, is known as Stamford St. Martin's Without or Stamford Baron (Stamford Baron means 'Stamford across the river'). It was considered as a separate area either because it was outside the city walls or because it was outside the county. This area of the town was originally in Northamptonshire although the county boundary has now been moved south a little such that this area is now in Lincolnshire like the rest of the town.

The frame over the road is part of the George Hotel. 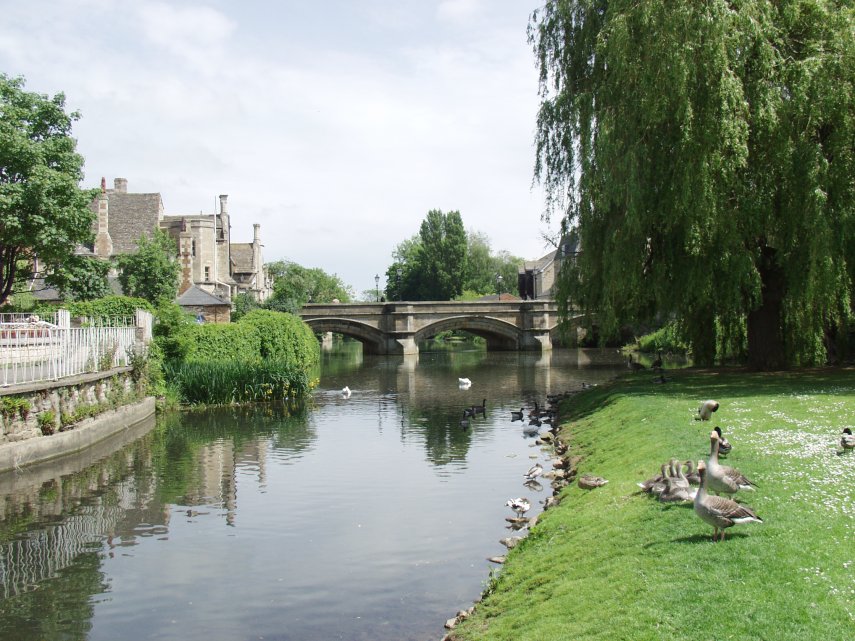 This is the town bridge over the River Welland seen from Stamford Meadows.

The main part of Stamford is to the left and Stamford St. Martins Without is to the right. 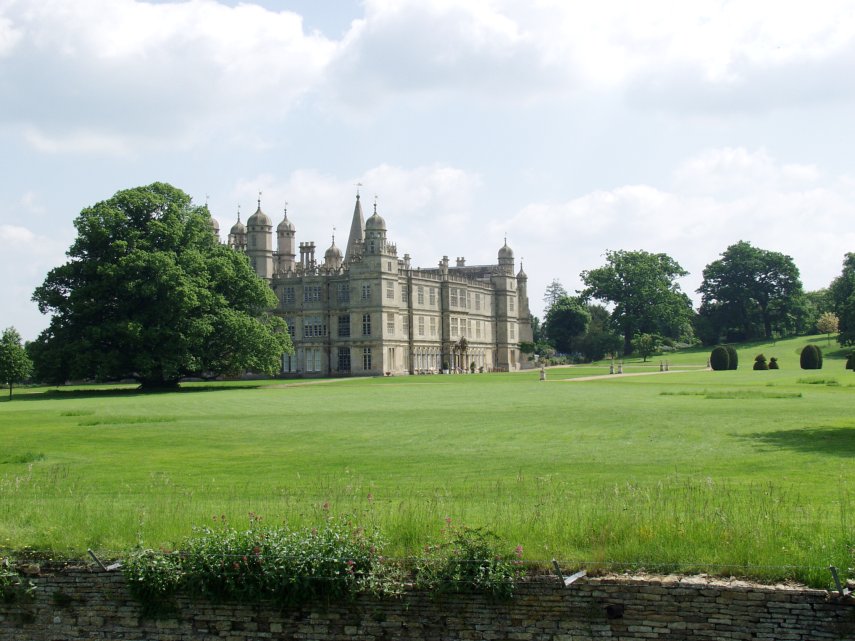 Burghley House is one of the largest Elizabethan mansions in the country and is built mainly of Barnack Stone which was also used to build Peterborough Cathedral. It is approximately 240 feet by 125 feet and features distinctive square towers with turreted tops. The towers are a little reminiscent of Melford Hall in Suffolk which is also an Elizabethan mansion.

On our second visit to Stamford we stayed at Park Gate House for the duration of our visit in 2011. 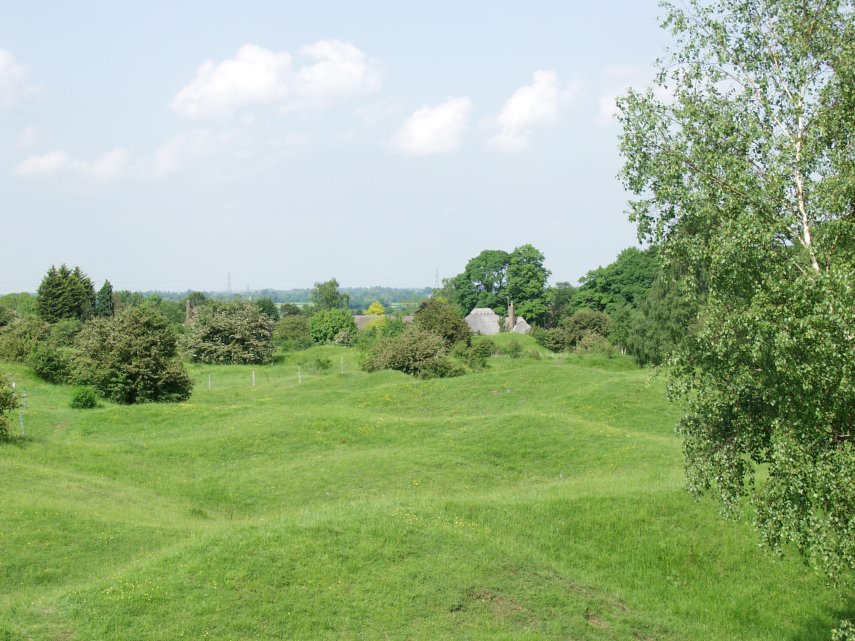 About 2 miles from Stamford this area is now a National Nature Reserve but, from Roman times until the 18th century it was a stone quarry. It has now mellowed to an area of small rounded humps (hills) and depressions (holes) and is known for its limestone flora.

Barnack is actually in Northamptonshire but very near to both the border with Lincolnshire and to Stamford and can be reached by walking from Stamford on public footpaths.