The County of Cambridgeshire. 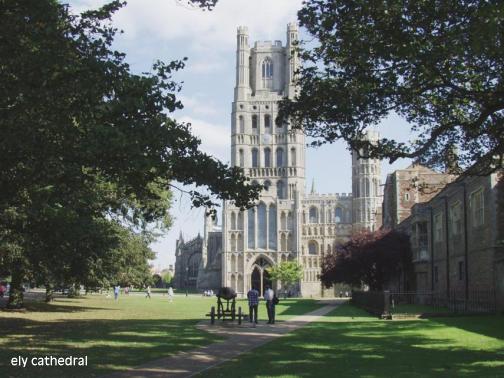 Cambridgeshire is, of course, famous for the university city of Cambridge with its historic colleges.

It also includes, in the North of the county, part of The Fens; a large area of land around The Wash on the east coast which also runs into Norfolk and Lincolnshire. Some of the Fens are actually below sea level and, if not continuously drained, would normally be covered in water. Ely Cathedral is known as the Ship of The Fens because, being built on a low hill, it stands above the surrounding land like a ship on a wave.

Cambridgeshire was also the home of Oliver Cromwell

The southern part of the county is mostly chalk downlands including the Gog Magog Hills.

Locations nearby in Lincolnshire:
Stamford

Locations nearby in Huntingdonshire:
Houghton
St. Ives The Hemingfords

Have you visited Cambridgeshire?
Please share your experiences either with a