The County of Hampshire 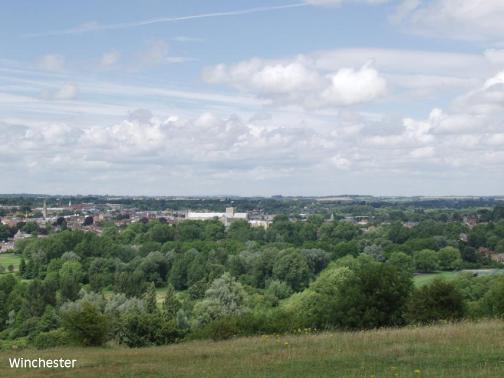 Hampshire is, perhaps, the most diverse of the counties in Southern England. Based mostly on chalk it includes part of the South Downs, which also runs into Sussex, and the New Forest - 100 square miles of forest and open heaths. Hampshire was part of King Harold's Wessex in Saxon times.

This part of the South Downs is clad with 'hangers'. These are hillside copses characteristic of the village of Selbourne which was immortalised by Gilbert White the 18th century naturalist.

The county town, Winchester, has many historic and interesting features and was originally King Harold's capital city. It also has a magnificent cathedral which is now home to the bones of King Canute and his queen. Nearby is Alresford which features one end of the Mid-Hants railway otherwise known as the Watercress Line.

Have you visited Hampshire?
Please share your experiences either with a