The County of Hertfordshire 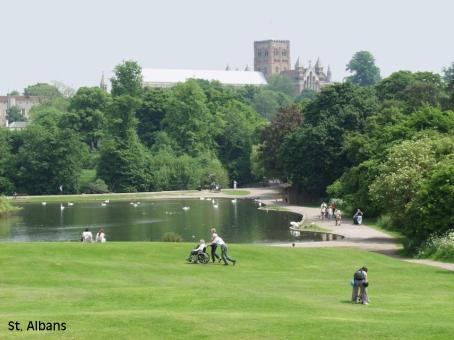 In the county of Hertfordshire there are old, unspoilt villages between the main North-South routes with a maze of leafy lanes leading through a landscape of typical English rural scenes. Hertfordshire also includes part of 'The Chilterns'; an area of outstanding natural beauty with rolling chalk hills, clear chalk streams and ancient beech woods. This is one of the five 'Home Counties'.

The Romans built Verulamium here. One of their finest British towns now known as St. Albans. The Normans also built a great abbey church in St. Albans which is now the present cathedral.

Hertfordshire was also the home of George Bernard Shaw from 1906 until his death in 1950.

Locations nearby in Buckinghamshire
Ivinghoe
The Chilterns

Have you visited Hertfordshire?
Please share your experiences either with a