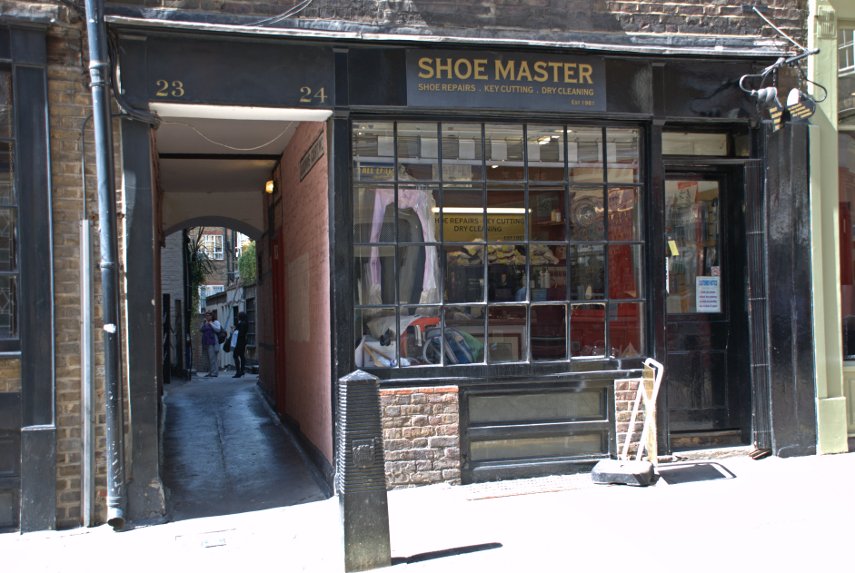 The entrance to Goodwin's Court from Bedfordbury could easily be missed unless you look out for it.

Bedfordbury, in the past, was considered very much the worst of all of Victorian London's many bad and revolting streets but, you will be pleased to hear, that does not apply today. Bedfordbury is a quiet and very pleasant street. 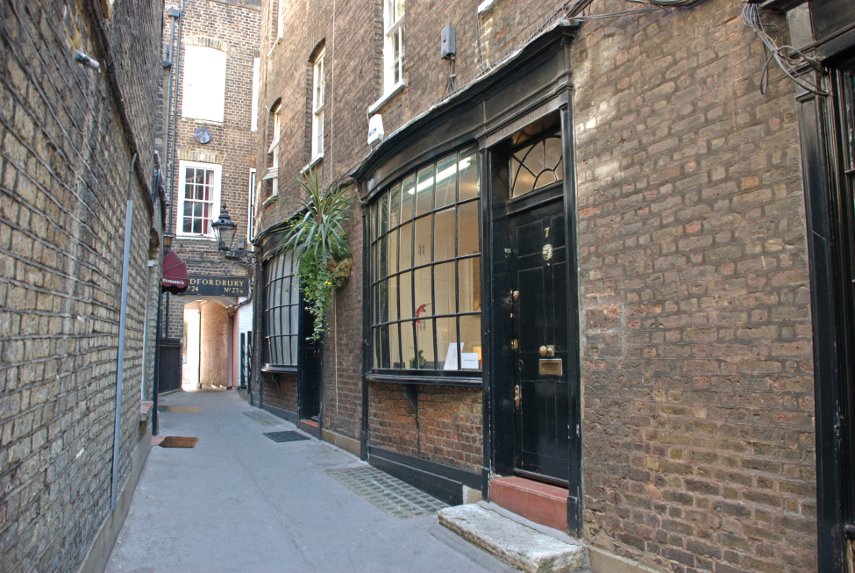 Another view of Goodwin's Court looking towards the Bedfordbury entrance. 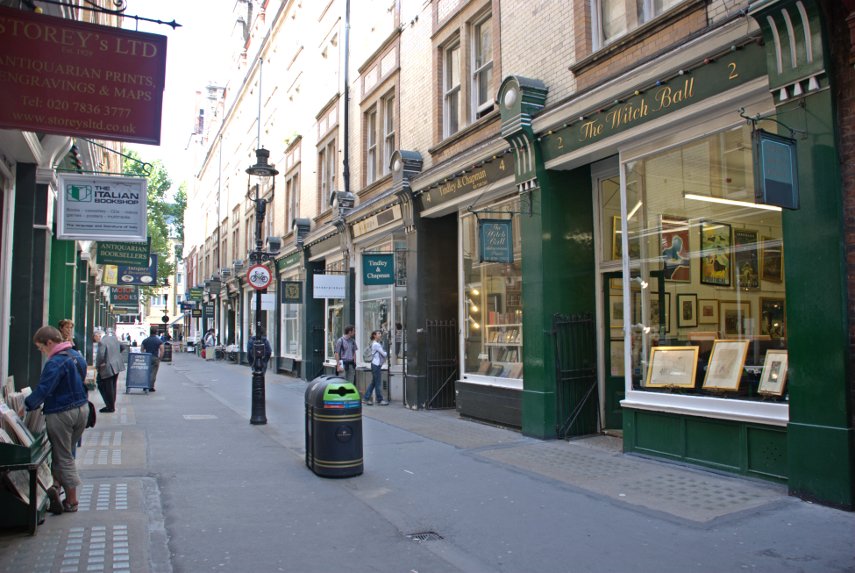 Cecil Court runs between St. Martin's Lane and Charing Cross Road and was the first London address of W.A. Mozart, when he was eight years old, and his family. It was apparently constructed in the late 17th century and is supposedly the inspiration for Diagon Alley in the Harry Potter stories. 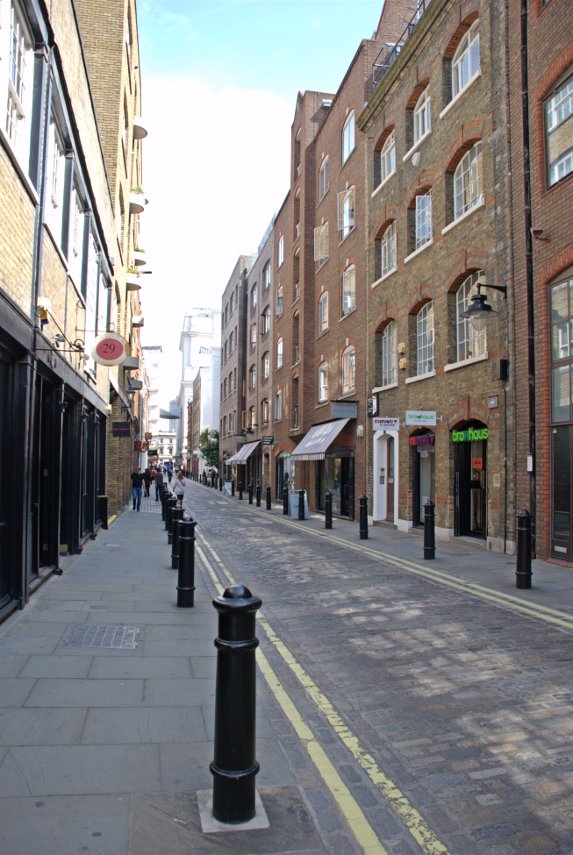 Floral Street contains a number of fashion shops and was originally called Hart Street. Its name was changed in 1895 to reflect the market trade even though the street itself was mainly used by tradesmen associated with the fruit market. It runs just south of, and parallel to, Long Acre.

It is, as you can see, a narrow street lined with tall buildings and the light patches along the middle of the cobbled street are reflections from the windows on the partly sunlit side and, as it runs north-east to south-west, it isn't going to get a lot of sun. 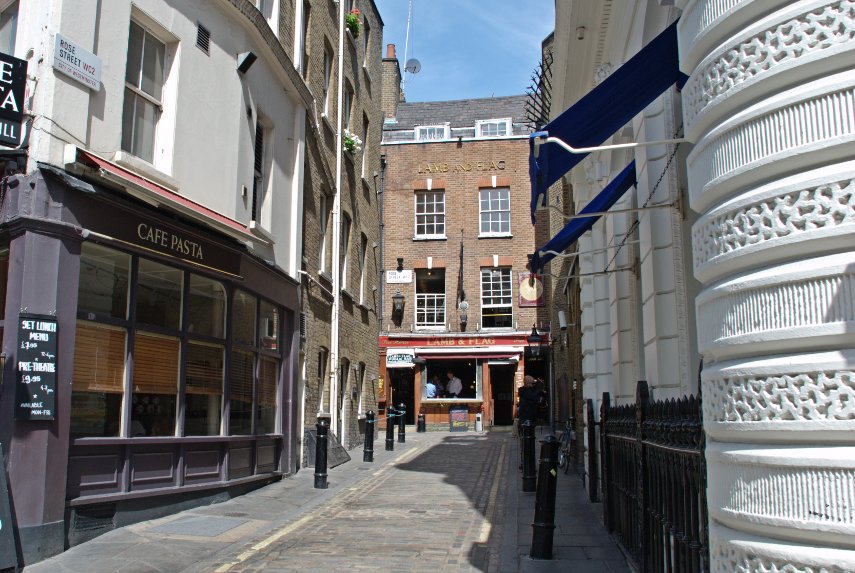 Rose Street is at the western end of Floral Street connecting Long Acre to Garrick Street passing across Floral Street. It is another of Covent Garden's very narrow streets and dates back to around 1630.

This street consists largely of the side and rear elevations of buildings in other streets except for the Lamb and Flag public house visible where Rose Street bends sharply left at the far end. 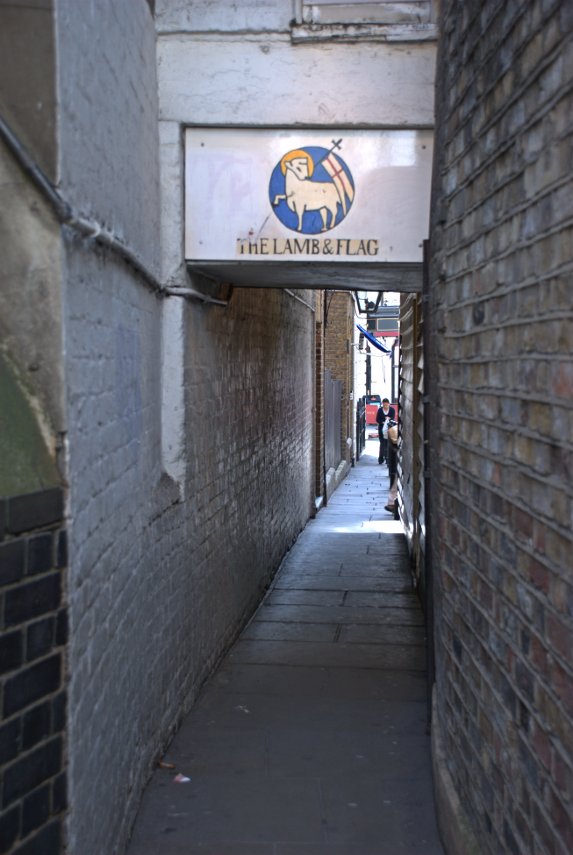 From Rose Street to Floral Street down the side of the Lamb and Flag is a very narrow alley, Lazenby Court, such that in order to pass people must turn slightly sideways.

The Lamb and Flag is the oldest pub in Covent Garden and probably one of the oldest in London and was, apparently, at one time used to stage bare-knuckle boxing.