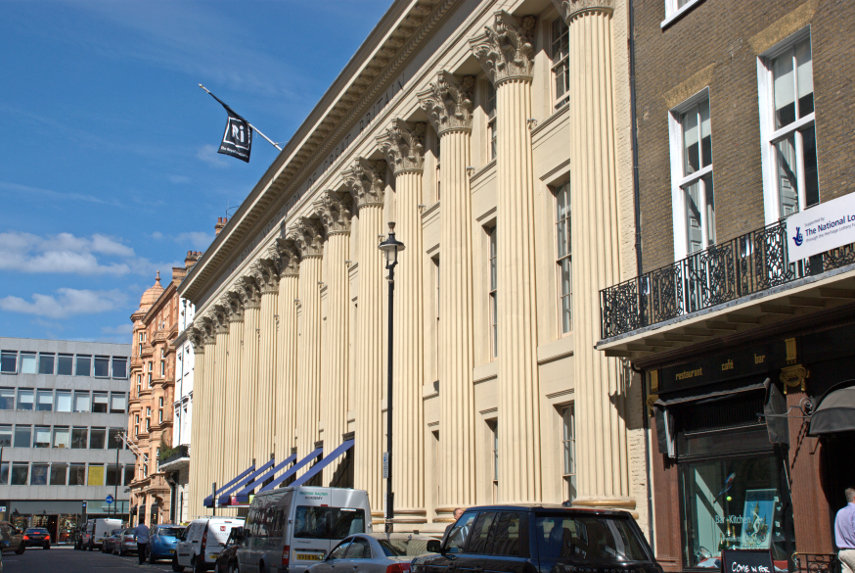 The Royal Institution, in Albermarle Street just off the north side of Piccadilly, is an independent charity dedicated to connecting people with the world of science. This where the Faraday Museum is to be found.

The Royal Institution was founded in March 1799 and moved to the current premises at 21 Albermarle Street a few months later. It has been there ever since. 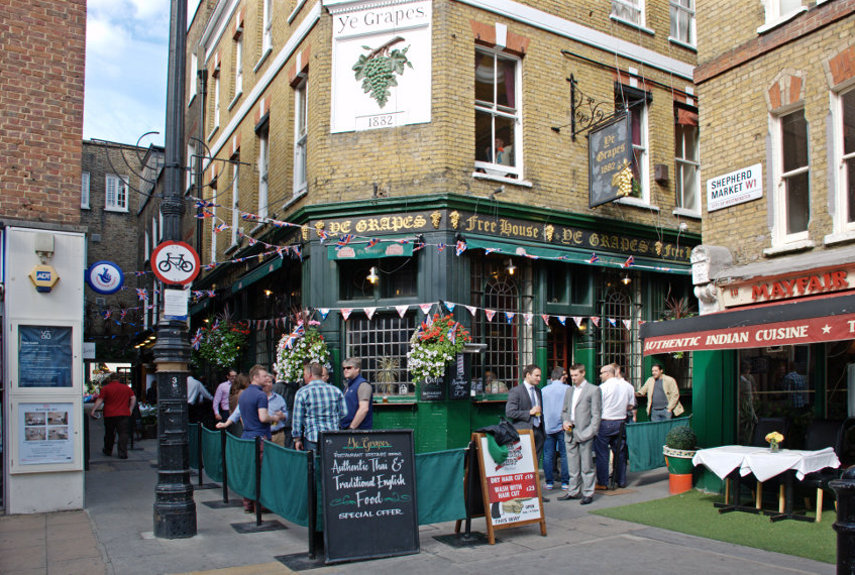 The easiest way to get into the Shepherd Market area is to turn off Piccadilly into White Horse Street. Shepherd Market itself is a square developed in 1735-46 by Edward Shepherd and the village-like area around it still has something of a lively reputation.

During the 1920s, Shepherd Market was a fashionable address for some of London's most refined inhabitants. The writer Michael Arlen rented rooms opposite The Grapes public house and used Shepherd Market as the setting for his bestselling 1924 novel 'The Green Hat'. 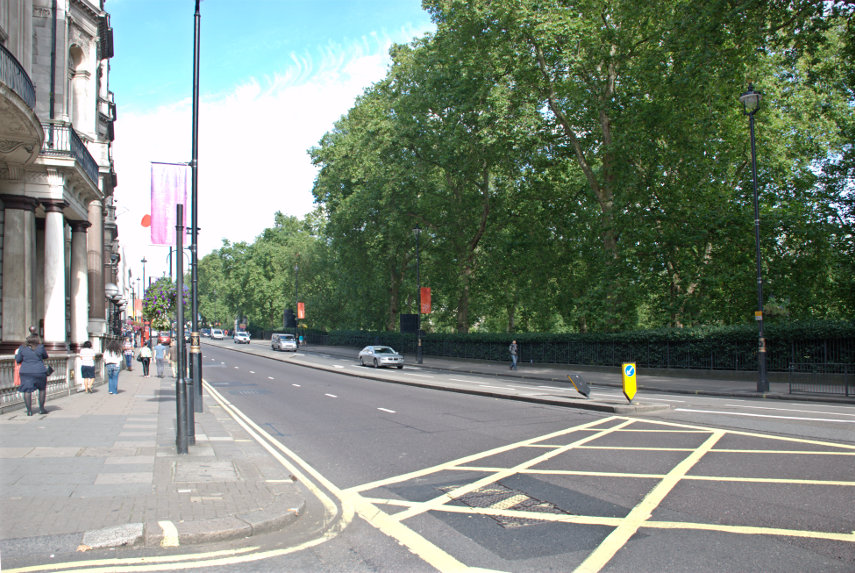 Looking east along Piccadilly with Green Park on the opposite side of the road. Green Park has been a Royal Park for 350 years, runs south from Piccadilly to St. James's Park, and covers 47 acres. 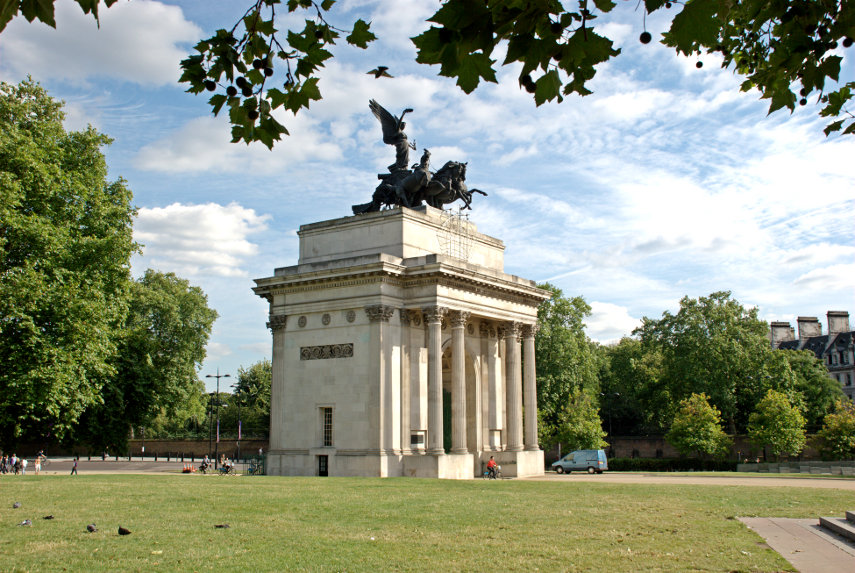 The Wellington Arch, at the western end of Piccadilly on Hyde Park Corner, was built in 1825-7 as part of a campaign to improve the royal parks.

Intended as a victory arch proclaiming Wellington's defeat of Napoleon, it is crowned by the largest bronze sculpture in Europe, depicting the Angel of Peace descending on the 'Quadriga' or four-horsed chariot of War.