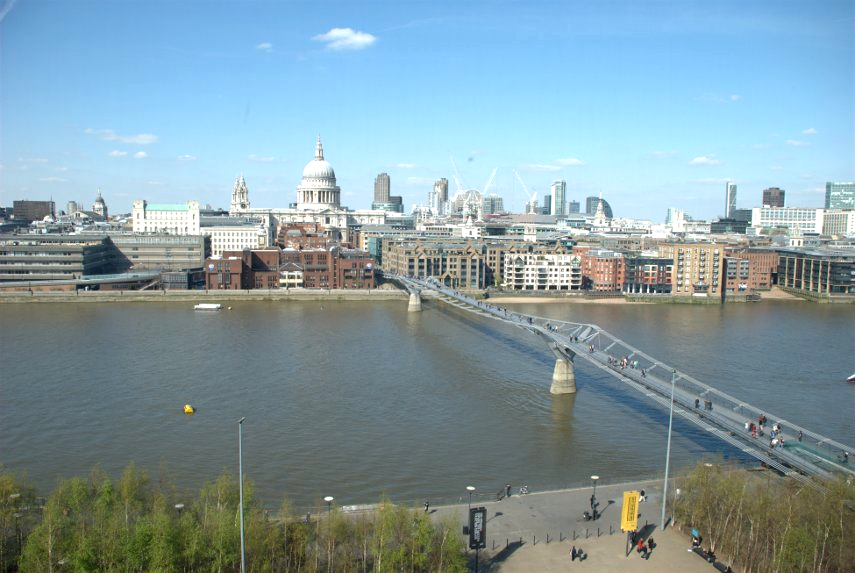 This is the view, from the cafe on the top floor of the Tate Modern Galleries, showing the Millenium Bridge and St. Paul's cathedral. 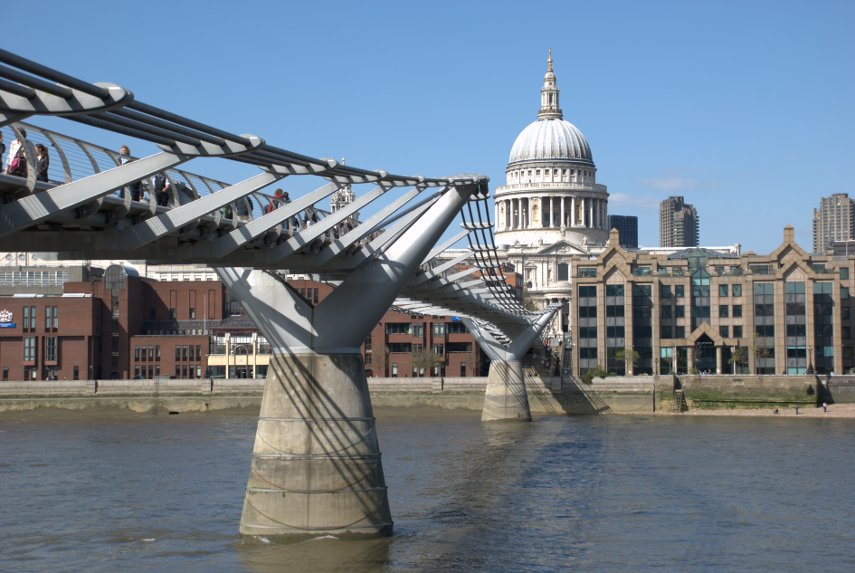 The Millenium Bridge was planned to give easy pedestrian access to and from the city. It is the first pedestrian crossing over the Thames in central London for more than a century and is 1056 feet long.

The bridge opened to the public in June 2000 when an estimated 80,000 to 100,000 people crossed it. Some movement was expected but when large groups of people were crossing the maximum sway was about 30 inches which was greater than expected. That problem has been resolved and there is now hardly any detectable movement. 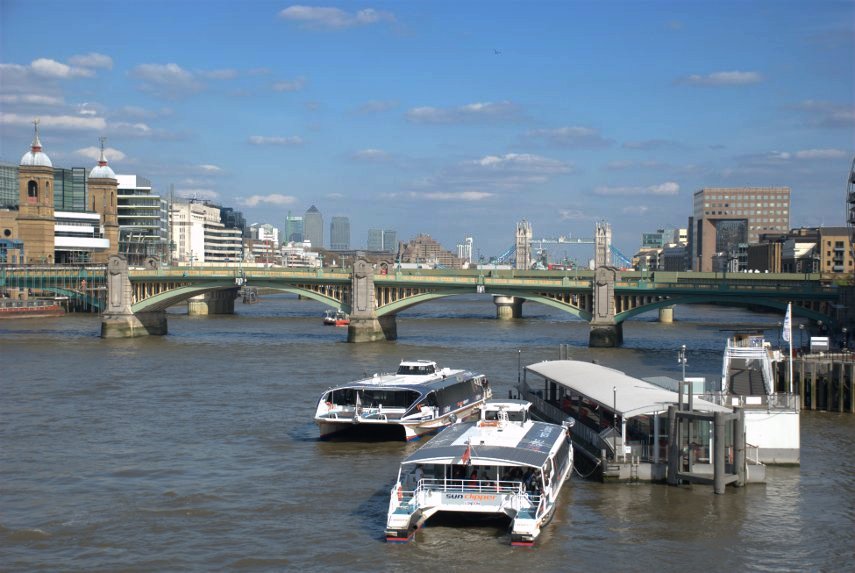 The view from the Millenium Bridge looking eastward. The two square towers on the left form the entrance, for trains, to Cannon Street Station with Tower Bridge and Canary Wharf in the distance.

The two boats are next to Bankside Pier where they pick up and put down passengers. These boats are part of the river transport services which carry passengers between Westminster and Greenwich every 15 minutes as well as even longer routes. 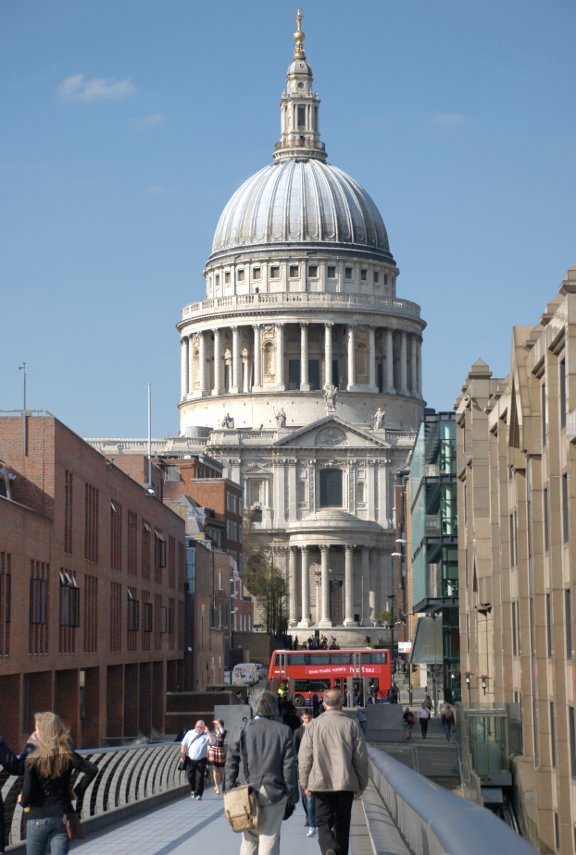 St. Paul's Cathedral seen from the northen end of the Millenium Bridge. 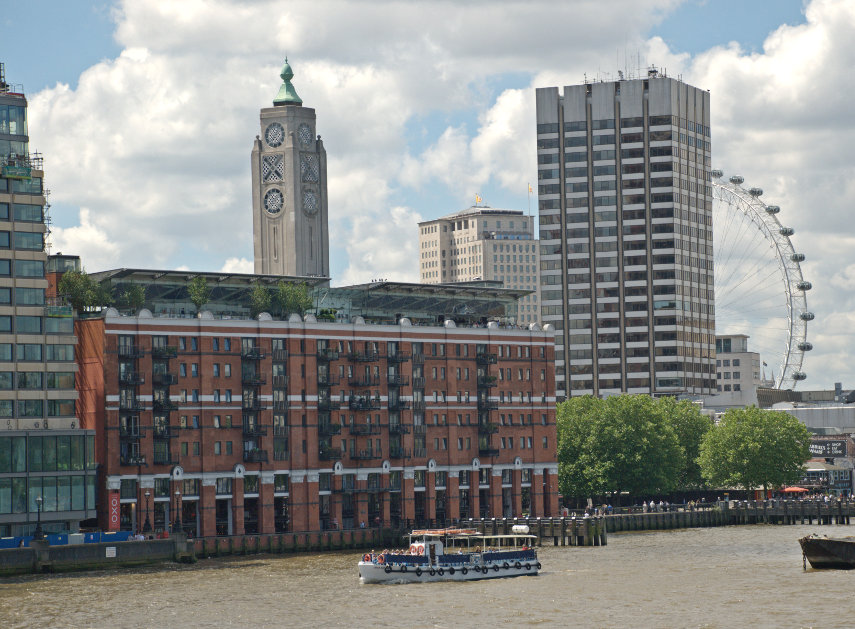 The Oxo Tower seen from Blackfriars Bridge, looking west, with the London Eye peeking out from behind the buildings.

On the top of the main red building you may notice two canopies which are part of the restuarant but between the two is a freely accessible public viewing platform which gives good views of the river.