The County of Sussex 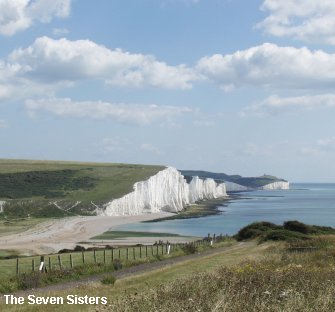 The county of Sussex includes a large part of the South Downs which stretches for over 100 miles between Winchester and Eastbourne and has to be one of the most beautiful features of Sussex, with fantastic views south across to the sea and north across the county. The scenery is characterised by its rolling chalk downs, deep valleys and steep scarp slopes and is renowned for its variety of butterflies and flowers.

The white chalk cliffs of the coast include famous landmarks such as Beachy Head and the Seven Sisters and have to be seen to be believed.

Not only does Sussex have beautiful scenery it has some very picturesque and historic towns and villages from Rye and Winchelsea in the east to Arundel and Chichester in the west not to mention a long list of traditional seaside towns including Hastings, Eastbourne, Brighton and Bognor Regis.

Have you visited Sussex?
Please share your experiences either with a