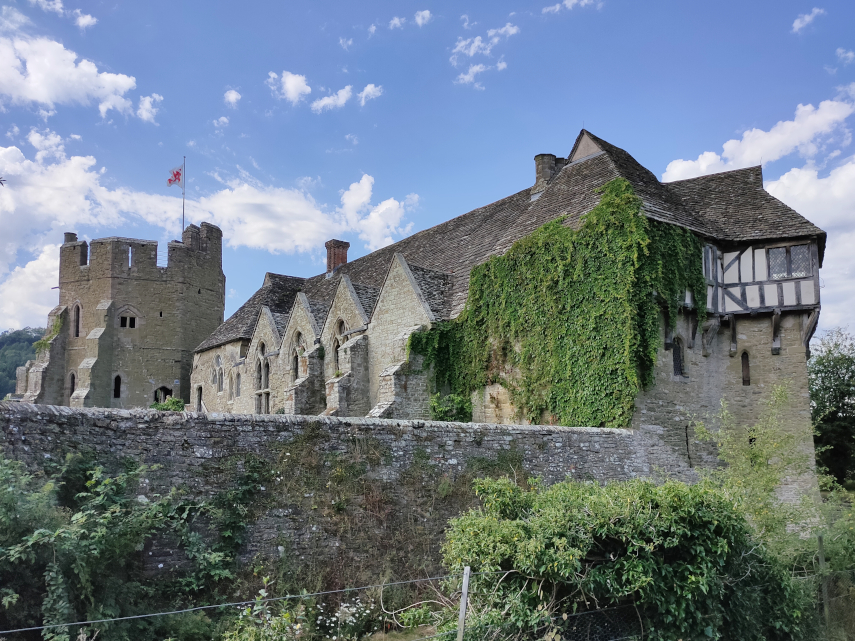 
Just a half mile south of Craven Arms is the Medieval Stokesay Castle. It is an English Heritage property with a pay & display car park. It is also a very pleasant three quarter mile walk, through Onny Meadows, from the Shropshire Hills Discovery Centre where parking is free. 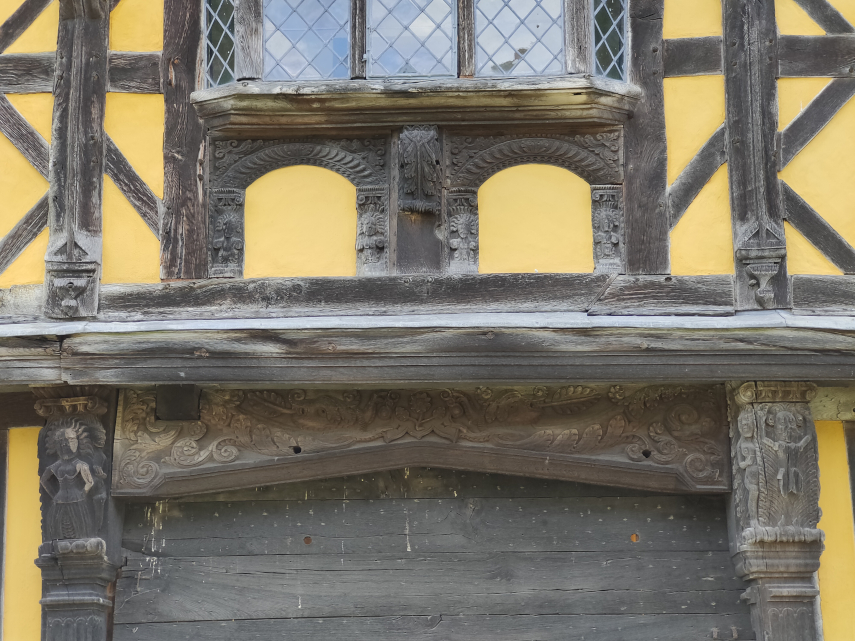 Carving on the Gatehouse, Stokesay Castle.


The Gatehouse is the point of entry to the castle and it has some exceptionally good wood carving on the front wall. In spite of its name the main building is a fortified manor house and is not really a castle in the true sense of the word. 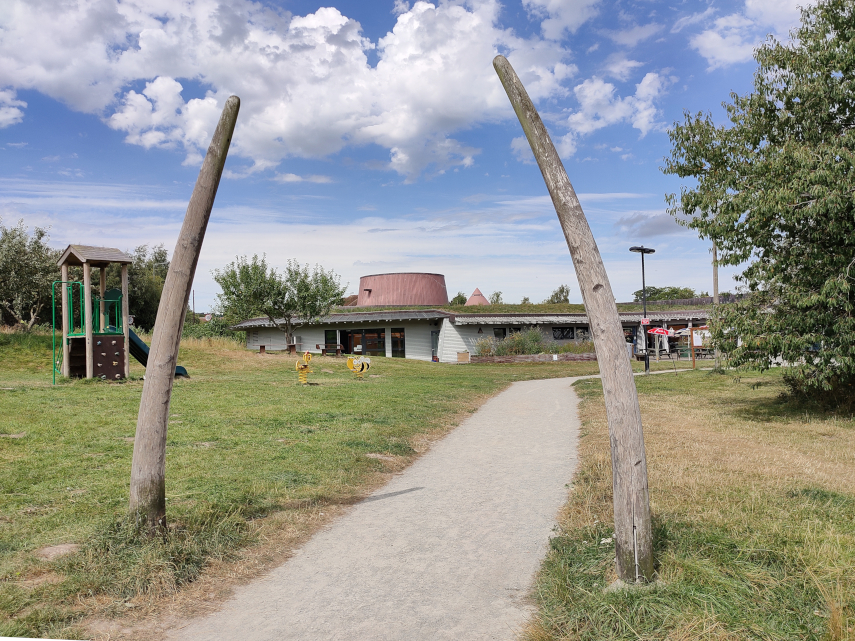 
The Shropshire Hills Discovery Centre lies on the eastern side of the main A49 around a quater mile south of the centre of Craven Arms.

It is a low profile modern building with a grass roof housing the "Shropshire Hills Through Time" exhibition, an award winning cafe (and having tried it we can thoroughly recommend it) and 30 acres of delightful riverside meadows. 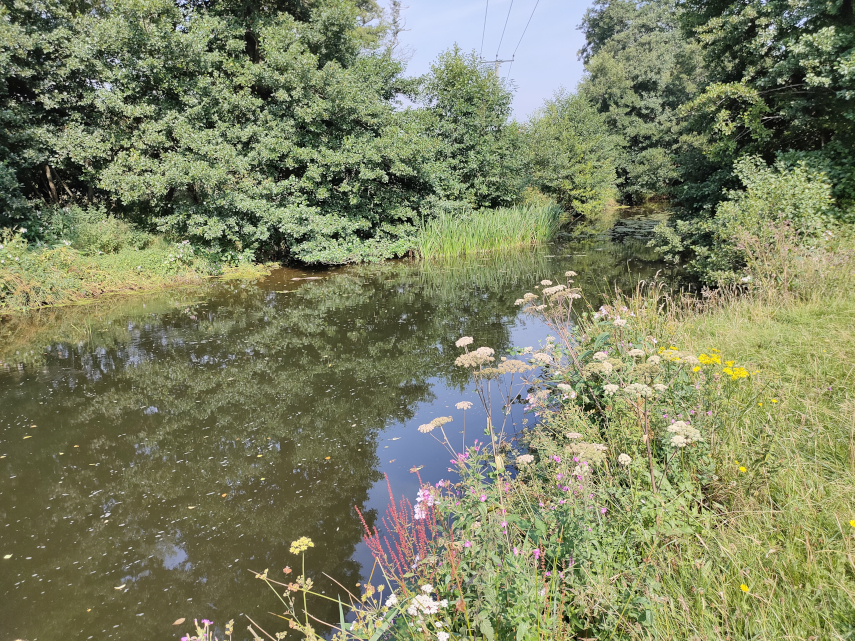 The Shropshire Hills Discovery Centre adjoins an area of land known as Onny Meadows through which flows the River Onny. On the east side of the river there is a riverside path where you may encounter many types of wildlife. 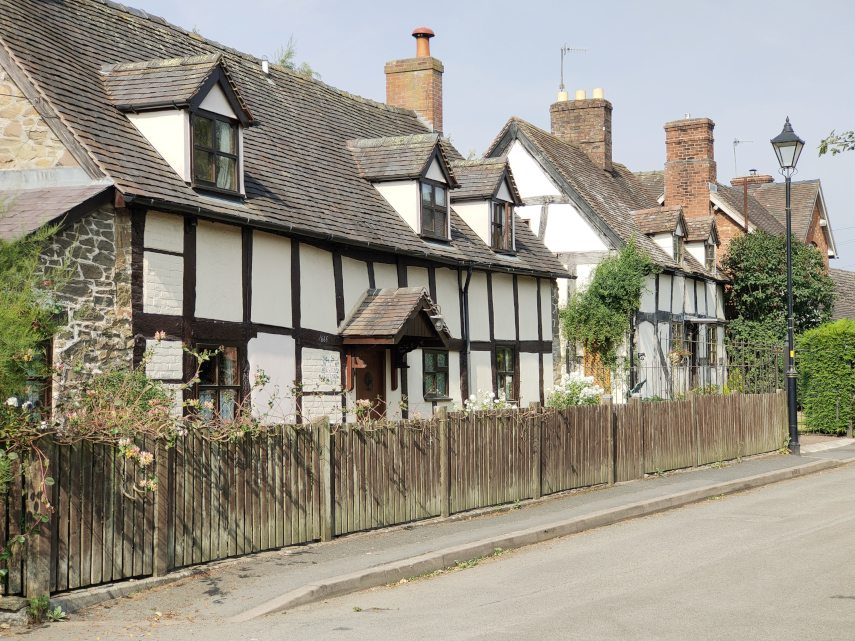 Craven Arms is a relatively new town. In 1695 it was a small village called Newton but grew when the railway arrived during the latter half of the 19th century. The town takes its name from the Craven Arms Hotel, situated on the junction of the A49 and B4368 roads, which in turn is named after the Lords Craven who owned nearby Stokesay Castle.

Because it is a relatively new town there are not many old buildings but these old cottages can be seen near the Discovery Centre.