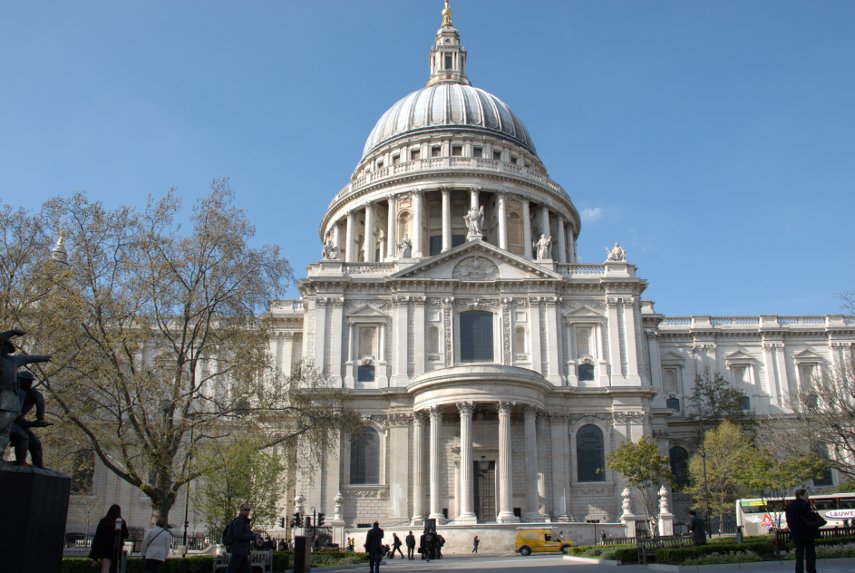 St. Paul's Cathedral is in the City of London on top of Ludgate Hill, London's highest point.

This facade is the one you'd first see when approaching from the Millenium Bridge and it is 464 feet to the top of the dome. We didn't go in as the entry fee is exhorbitant and photography inside is prohibited. 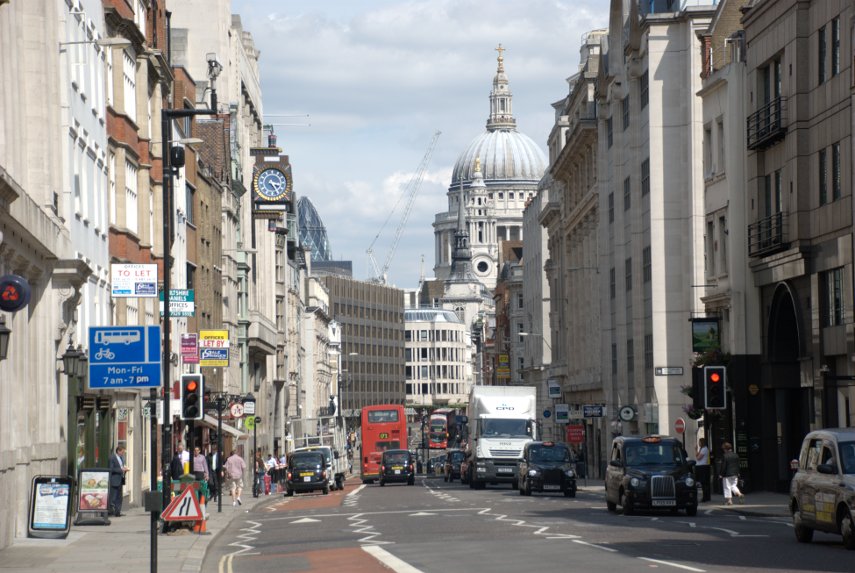 Fleet Street looking east towards St. Paul's Cathedral. Fleet Street began as the road from the commercial City of London to the political hub at Westminster and the length of Fleet Street marks the expansion of the City in the 14th century.

At the east end of the street is where the River Fleet flowed against the medieval walls of London (it now flows underground) and at the west end is the Temple Bar Monument which marks the current city limits, extended to there in 1329. 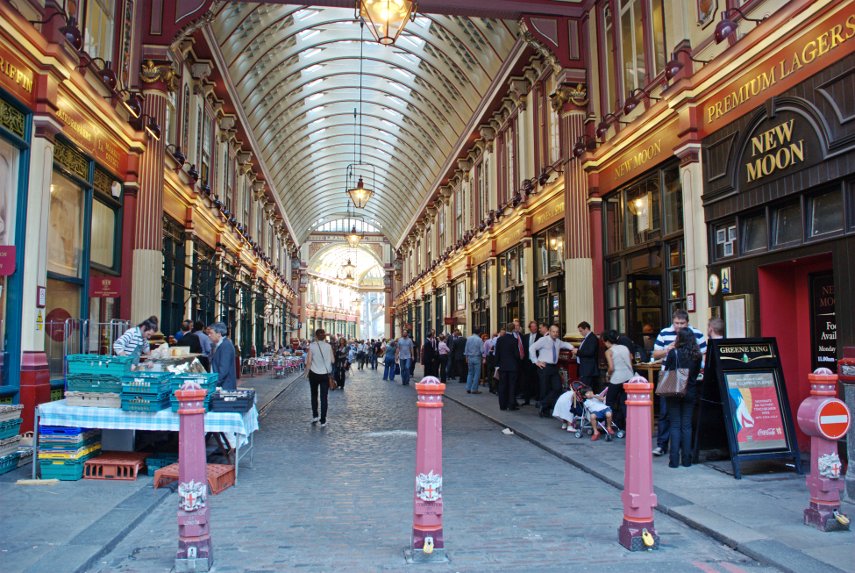 About a half mile east of St. Paul's Cathedral is Leadenhall Market. This is a covered market with its main entrance in Gracechurch Street and situated next to the ultra-modern Lloyds of London building. The market dates back to the 14th century although the current building was designed in 1881. 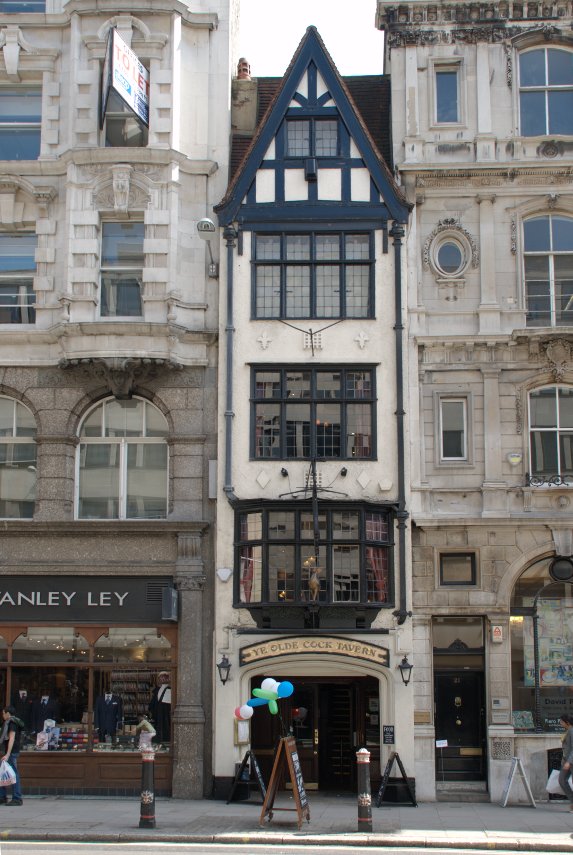 Ye Olde Cock Tavern, Fleet Street. Apparently the narrowest building in Fleet Street (and looks it) as well as being the oldest having been founded in the reign of Henry VIII. 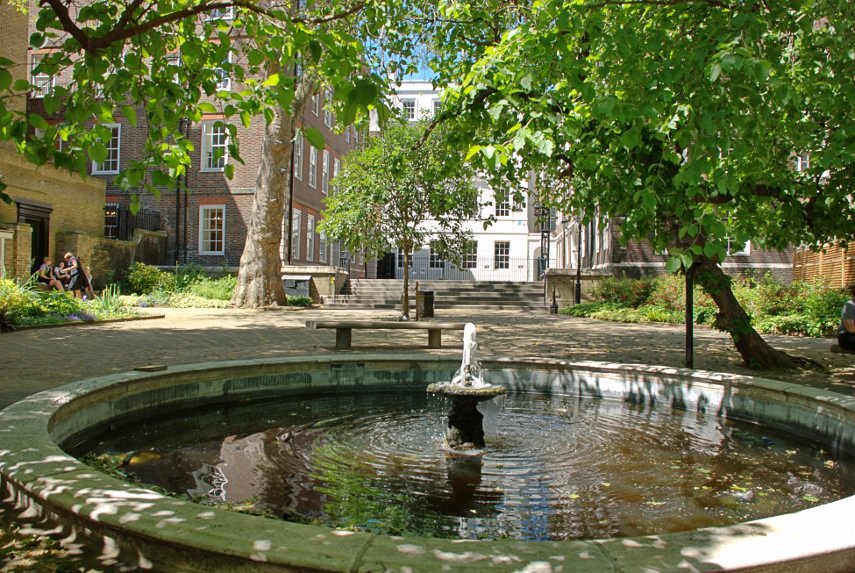 This is Fountain Court.